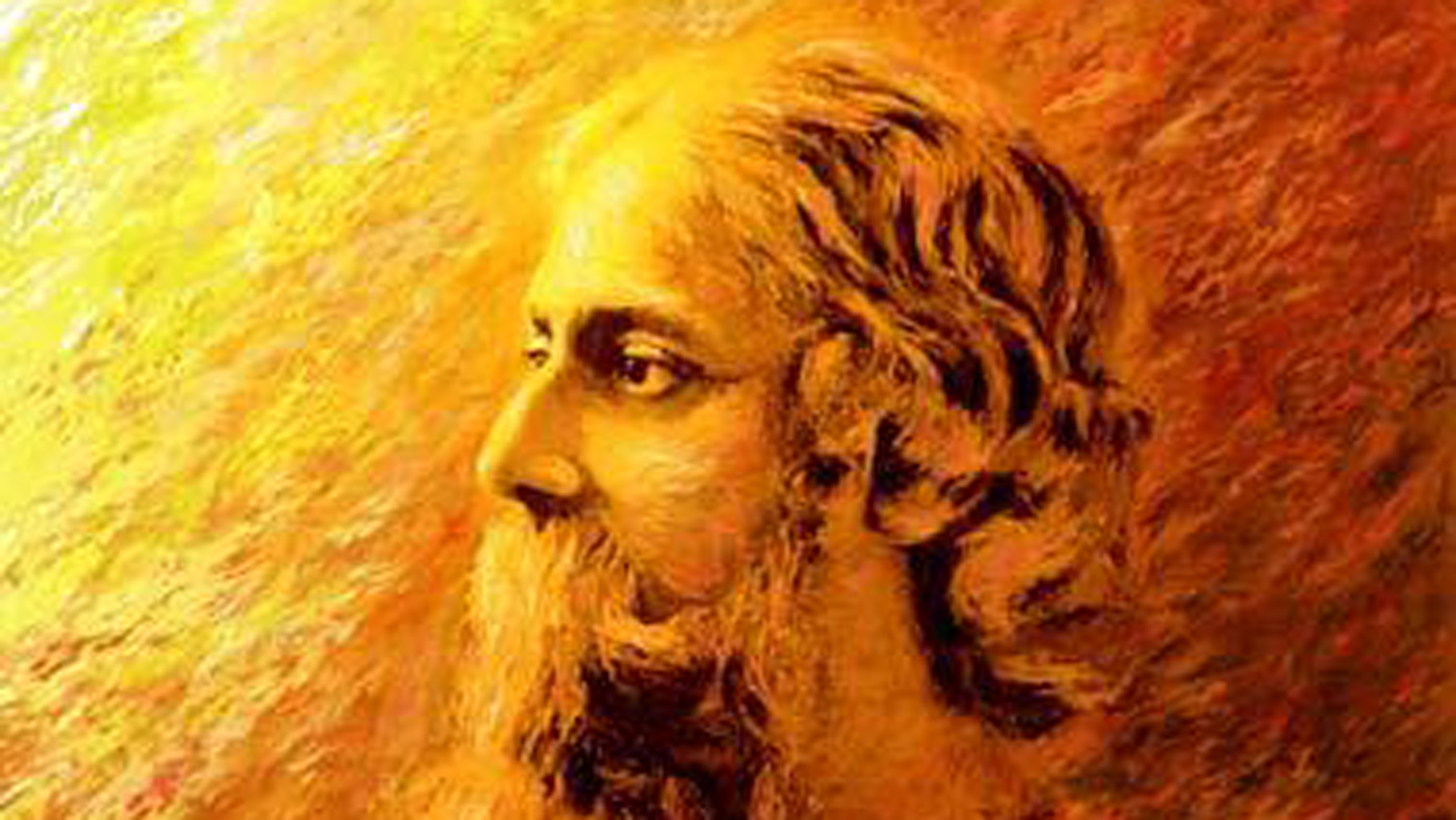 We do know of Tagore as the great poet, novelist, dramatist, song-writer, Nobel laureate. He has elevated these skills to a different level. I also wonder if there is any other person, living or dead, who has influenced a community as much as Tagore has influenced  the Bengalis. Perhaps not. My own admiration for him, however, transcends his literary skills. I see in him also a robust and handsome man with skills to turn around businesses (as he had done for his zamindari), an ability to establish a prime institute of learning, pioneer of rural re-construction and the cooperative movement in India, a person with matchless sense of humour and  ready wit, and a visionary, amongst other things. It is near impossible to pen all this into a single page. Hence, I have chosen only one of his lasting and not often heard of contributions for this tribute. Hopefully more parts shall follow.

Rabindranath and Judo in India : Wandering along the corridors of Jorasanko (Tagore’s ancestral home in Kolkata) a plaque caught my eye. It underlined a fact I was aware of, but seeing it written so boldly in print added another dimension. The plaque is a testimonial of Rabindranath’s physique. It mentions his 6 feet 2 inches robust frame, which was mostly free of any illness till the later years of his life. Being a fitness aficionado myself, I have always appreciated this aspect of Tagore. The fact that he learnt to wrestle in his childhood (though wasn’t particularly fond of it), had an almost illness free childhood and a robust frame, had always captivated me. It somehow added to the aura of the man.

Reading this plaque also brought to mind the association of Rabindranath with Jiu-Jitsue or Judo, the form of Japanese martial art. Not many are aware that this Nobel laureate is also credited with introducing Judo to India. Tagore, during his visits to Japan, was impressed by Judo. Since he was keen that his students in Shantiniketan should have “Mens sana in corpore sano” (Sound mind in a sound body) he arranged for Judo lessons in Shantiniketan. Jinnosuke Sano, a Japanese Judoka, was employed as the instructor. To motivate students to take up Judo lessons, Rabindranath, enlisted his elder son Rathindranath as one of the first students of the Judoka. He was so smitten with Judo, that he invited the ace Judoka Shinze Takagaki to Shantiniketan in 1929 for a special coaching session (lore has it that he composed the song “Sankochero Bihowalta for this occasion, to urge girl students to take self defence lessons, way way ahead of his time !)

There was a keen interest in body-building and physical exercise in the Bengal of those days and Judo fitted into it perfectly. It is stated that Rabindranath solicited the help of Kolkata corporation (under the then mayor Subhash Chandra Basu) to popularize Judo in Kolkata. Though the effort did not yield the desired result, and Judo perhaps has lost out to other martial art forms in India today, the fact remains, that our own poet laureate was the one who introduced this form of self defence to India.

On 159th birth anniversary of our beloved Gurudev, we continue to learn more about him and be mesmerized by the gamut of his talent and influence across multiple facets of our life.

0 thoughts on “The Other Rabindranath”