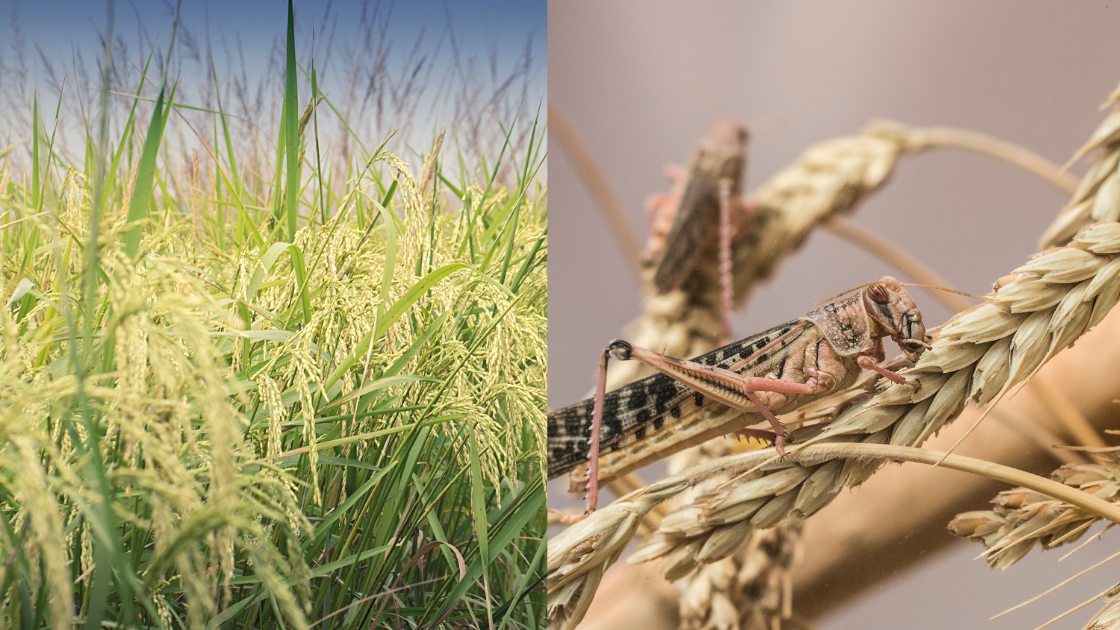 What is the problem and danger?

Short-term solutions can be dangerous

For decades, locust attacks have been controlled by spraying chemical pesticides into agricultural lands. Although these are highly effective and act very fast, chemical pesticides are mainly organophosphates which are some of the most toxic compounds that exist today. Many of the compounds are neurotoxic and have carcinogenic effects. When sprayed into agricultural lands these pesticides contaminate our food and water resources and can have devastating effects on our health. Additionally, pesticides have been shown to degrade faster under warmer conditions. Hence, as the planet gets warmer due to global warming, we will end up needing much more amount of these toxic chemicals to achieve the same effects.

In addition to spraying pesticides, another way that has been adopted to control locust population in some parts of the world is by consuming locusts as food or using these as chicken feeds. This is an equally dangerous practice since many of the locusts may be already contaminated with harmful pesticides.

Farmers in Africa have started using a fungus called Metarhizium acridum as a biopesticide to control the recent locust attacks. However, excessive spraying of fungal pesticides can also lead to prophylactic immunity and resistance in Locusts, especially when they are present in high population density. (Reference) India has centuries of experience with locust attacks and its Locust Warning Organization (LWO) was established during the colonial era specifically to tackle this problem. One of the most preferred biopesticide against locusts in India is based on oil extracted from the Neem plant (Azadirachta indica). Indian authorities have advised using 5% Neem seed kernel oil to spray in agricultural lands even before locusts arrive since Neem oil is an insect repellant as well as a potent pesticide.

India till date has only 14 registered Biopesticides and this number hasn’t changed for many years. There is an urgent need to fast track the registration process as well as incentivize companies to perform large scale safety tests. For example, the registration of microorganisms can be expedited using DNA barcoding technology. Further, biopesticides that do not contain microbes or genetically engineered molecules should be made to pass through a more relaxed regulatory and safety requirements.

Finally, as per Chetan Keswani, a faculty at Benaras Hindu University, “India needs an integrated federal action plan, realistic funding and smooth administrative mechanisms for the registration and marketing of biopesticides. For harvesting maximum benefits, farmers should also be trained properly on how to use biopesticides,”