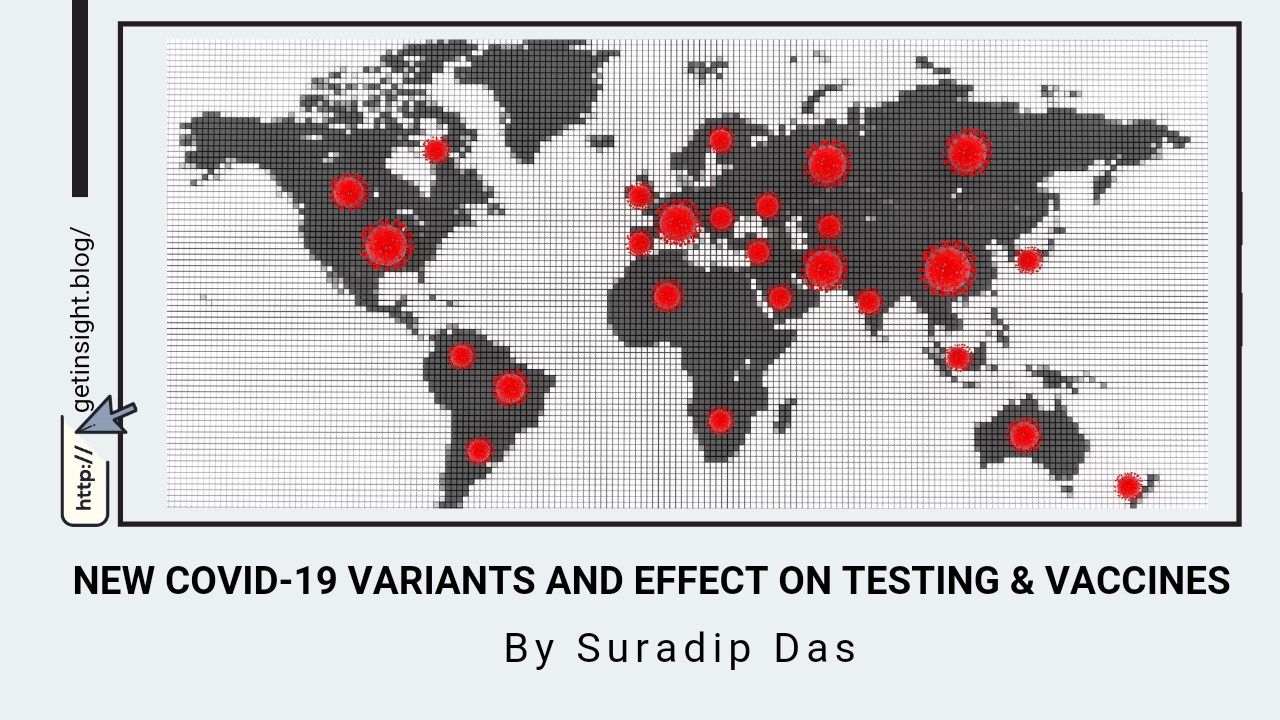 On December 11, 2020 United States Food and Drug Administration (FDA) after many deliberations issued emergency use authorization for the first vaccine against SARS-COV-2 developed by Pfizer Inc. It was a big day for scientists and healthcare providers and people all over the world started to see some light at the end of the dark COVID tunnel. Alas! It was short lived. On December 14, 2020, the United Kingdom reported that they have detected a new coronavirus variant which is almost 70% more infectious than the original strain.

We should take a moment to contemplate how a non-living material comprising of around 30,000 repeats of chemicals called nucleotides destroys human beings with around 3 billion nucleotides. It is precisely due to this incredible ability of such simple molecules to survive, replicate and adapt that has led to the evolution of human beings from a primordial soup over billions of years. Indeed, viruses are in some way our ancestors.

With a simple genetic material and no ability to replicate without a living host, viruses face an uphill pressure to survive. It is this survival pressure that forces viruses to change its genetic material frequently (mutations). Some of these mutations increases its ability to infect more host organisms while others might make it less effective. Natural selection allows only the most infectious versions to survive and propagate.

The SARS-COV2 coronavirus is no exception to survival pressure and has already mutated (changed its genetic material) multiple times within the last one year. One of the earliest mutations that scientists reported in March-April 2020 was D614G. This means in the string of amino acids that make up the Spike protein of coronavirus, the amino acid “Aspartic Acid” (denoted as D) in the 614th position is changed to another amino acid – “Glycine” (denoted as G).

This single change of amino acid significantly changed the structure of the Spike protein – the part of the virus responsible for binding onto human cells. The D614G mutant version was way more infectious, potentially more dangerous than the original Wuhan version and did not seem to respond to antiviral drugs like Remdesivir. From early 2020 till date, this mutant remains the most prevalent form the virus infecting people worldwide.

How do these new mutations affect testing and vaccines?

Despite early detection, contact tracing and international travel restrictions these mutant variants especially the UK variant has already spread to over 40 countries. There is growing concern that these new strains might trigger a fresh wave of infections worldwide. Although it is true, that the mutant variants are significantly more infectious, preliminary studies do not indicate increased mortality.

However, the question remains about the efficacy of existing testing methods and vaccines in detecting and neutralizing these mutant varieties of the virus. The fact that many of these mutations like N501Y, P681H etc are in the Spike protein of the coronavirus raises serious concerns. Spike proteins are expressed on the surface of the virus and attaches to human cells thereby facilitating viral entry into the cells.

The surface of the coronavirus is decorated with Spike Proteins. The Receptor Binding Domain (RBD) of these Spike Proteins attaches with ACE2 receptors expressed by human cells. New COVID-19 variants have mutations in the Spike Protein especially the RBD leading to structural change that can significantly alter the virus’s ability to infect target cells.

Specifically, these mutations are located at the receptor binding domain (RBD) which is the specific site within the Spike protein that binds to receptors on human cells. Existing RT-PCR based COVID tests as well as several vaccine candidates interact with the viral spike protein (or specifically RBD) for detection and immune reaction, respectively. Hence, any changes in the amino acid sequence of Spike protein that leads to structural alteration can significantly hamper the efficacy to testing probes and vaccines.

Testing kits generally target multiple regions in the viral genome keeping in mind the high probability of viral mutations. For example, the kit developed by Thermo Fisher (TaqPath™ COVID-19 assay) targets 3 genes. One of these 3 target genes is affected by 69-70del mutation seen in the UK variant of new coronavirus. Hence, although 1 target might not be detected, the other 2 targets are still detectable which is sufficient to generate a positive result. However, there is a need for continued surveillance of viral evolution and diagnostic test performance, as the emergence of viral variants that are no longer detectable by certain diagnostics tests is a real possibility.

Although such concerns are valid, scientists are of the opinion that the vaccines being developed will work against these mutant variations too. This is because the vaccines only initiate an immune reaction within the body and subsequently our body itself produces a diverse pool of antibodies that target multiple domains within the Spike protein. Hence, even if a few regions within the Spike protein change in structure, the antibodies will still be able to bind to other portions and neutralize the virus.

It is also noteworthy that the two vaccines that are being used most widely developed by Oxford-AstraZeneca and Moderna are based on the coronavirus Spike Protein thereby raising the possibility that these vaccines might not be effective against a mutated virus with altered Spike Protein structure. However, Sinovac of China and Bharat Biotech of India has come up with vaccines developed the “traditional” way using the attenuated whole virus particle (virion). Some scientists argue that such whole virion based vaccines might be more effective in fighting the new mutated variants since they do not depend only on the Spike Protein (Further reading). With no data available, these are all conjectures at this stage!

The COVID-19 pandemic has taught us to never let our guard down – Prepare for the worst, hope for the best!