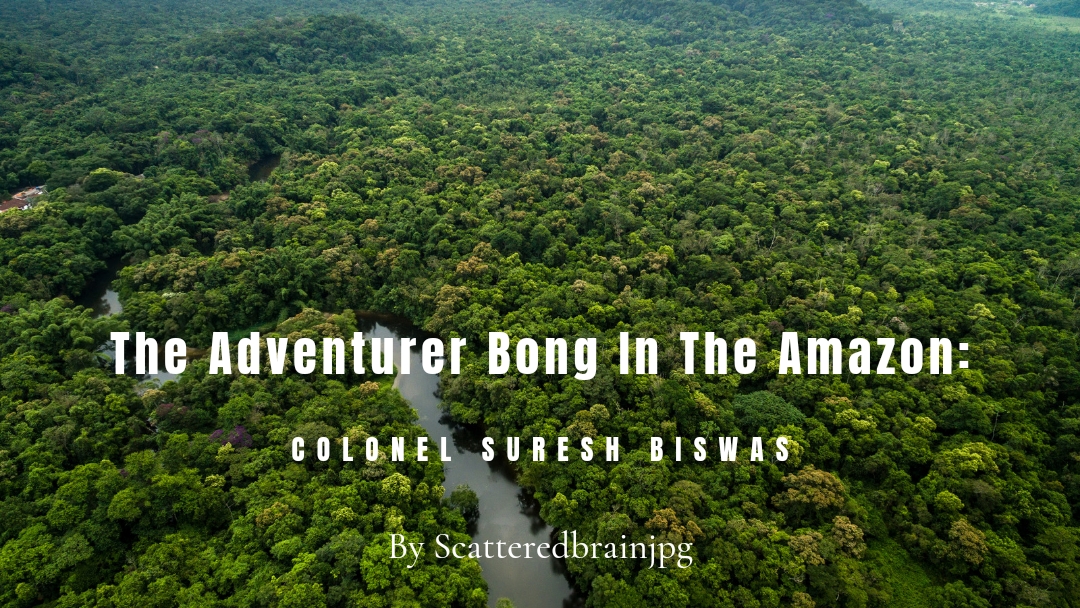 In this immense craze of World Cup month and the natural Bengali affinity towards Brazil, a connection between the two regions suddenly come to mind…a connection sadly ignored and forgotten.

It is nobody’s guess about the nation which has over the decades been the most favoured amongst Bengalis. Prior to the advent of Maradona loyalties were never divided….it was just Brazil all the way. Even today, inspite of the towering presence of Messi loyalties are fiercely divided betwen the two Latino greats, and it may be safe to say that Brazil still enjoys the pride of place in Bengali hearts.

If asked to justify, any Bengali will leap to point out the similarities, a third world country with its share of problems, love of football etc. However, a very strong Bengali connection to Brazil is never mentioned, for the simple reason that nobody knows and the powers to be do not bother to remember this great Bengali.

The name of this strong connection-strong both literally and metaphorically- is Colonel Suresh Biswas, the Nadia boy who left the shores of Bengal in his early teens.

Suresh Biswas was everything that a Bengali is not thought to be. He was an adventurer, philanderer, explorer, acrobatic, of martial temperament….reminds one more of an Indiana Jones rather than the quintessential Bhadralok.

He left Bengal in his early teens and found his way through the length of the world from Burma to London to Kent to Germany to USA and finally to Brazil leaving his traces of his heroic and acrobatic and philandering ways everywhere. He came to Brazil as an acrobat with a circus and is arguably the first Bengali to have ever set foot in Brazil.

Enchanted by the beauty of Brazil he settled there and joined the army as a corporal rising swiftly through the ranks. He became a national Hero after subduing the Naval Revolt and rose to the exalted rank of a colonel and is still considered one of the great heroes of Brazil.

His 150th birth centenary went unnoticed, unmentioned in 2011 (sameyear as Tagore) and as it seems will always go unheralded.