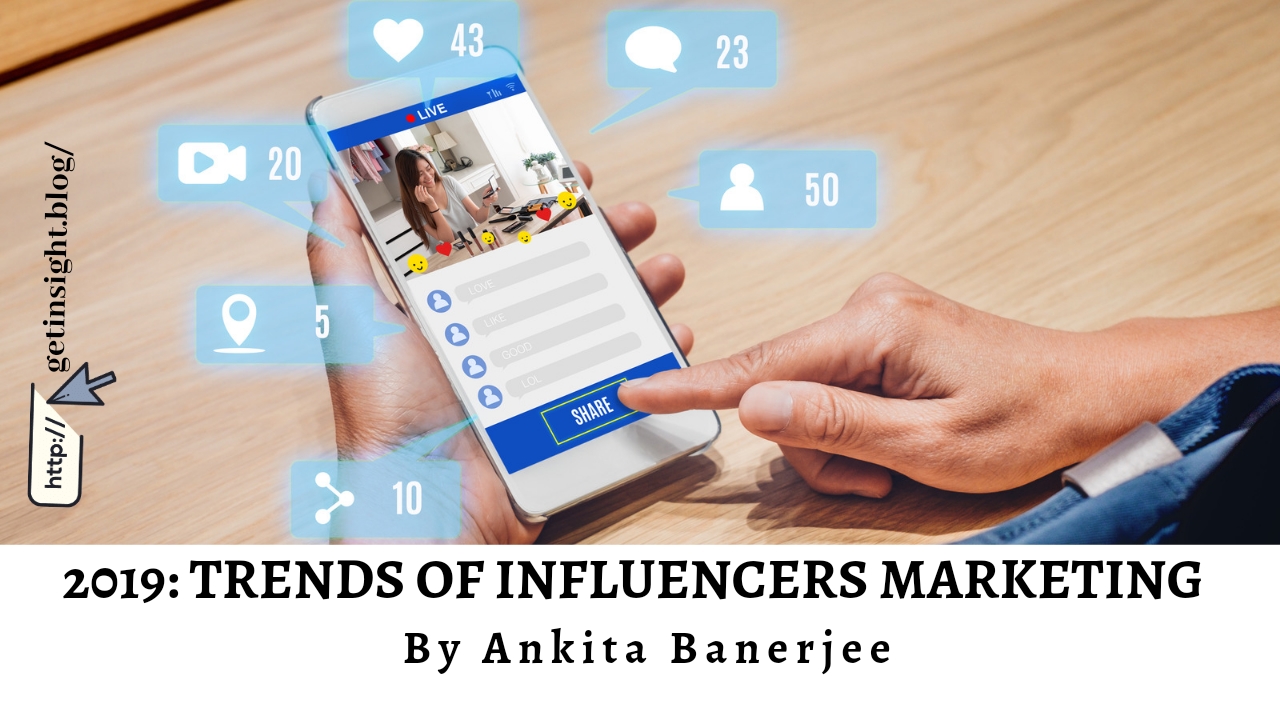 Influencer Marketing is growing leaps and bound nowadays. It’s a way to target audience and market one’s products or services by involving celebrities or internet personalities or the micro-influencers to influence potential buyers.  It is a combination of content marketing and traditional marketing which is projected to be worth $10 billion by 2020, according to Adweek.

Unlike celebrities, an influencer can be anyone from any professional background. The thing that matters is the way the influencer tells their story about a product or service. It is important that the followers find authenticity in the ad. They should believe that there is a strong connection between the influencer and his/her ad or the content they are sharing. Hence it is important to craft unique content that really engages the audience. Earlier sharing a photo featuring the product on the background used to do the magic but now you need more than that. You need to have a good storyline, compelling content and a video may be, to resonate with the customers.

Influencers having less than 10000 followers in social media platform are gaining more engagement as they are perceived to be more real than the Macro influencers. Less number of audiences help the micro-influencers to bond more with their followers and develop a personal relationship with them. Gone are the days of celebrities like Kardashians; now its micro-influencer that people are looking to for product recommendations because of their authenticity and approachability.

As per Hubspot “In a survey, 82% of consumers said they were highly likely to follow a micro-influencer recommendation on a product or service.”

Although in earlier days people were discouraged to upload video content, with an increase in the advancement of technology, videos have become a  new platform to market your products. Social media platforms like LinkedIn, Facebook, Instagram are all following the steps of youtube that has video feature from its inception. With the increasing popularity of Tik Tok, video content is becoming more popular. Influencers are adopting live streaming of their tours, product unboxing, restaurant experiences, more because it looks real and authentic. But the video should be consumable and entertaining for the audiences to engage them. It should consist of creative mentions of the brand throughout the broadcast.

According to a  new survey data compiled by market research firm Edison Research, which only collect data about users in the US (Facebook’s most lucrative market), found that an estimated 15 million fewer people use Facebook today than they did in 2017, with the biggest drop being among teen users and millennials. This shows that there is a decrease in the use of facebook by people of age group 18 to 35. The reason is people of the age more than 55 years are joining the platform, and millennials and teens are not interested to share the same platform as their parents. Hence it is important for the brand to do thorough research before investing in influencers having only facebook profiles. Hence if you are a beauty product brand targeting Millenials, Facebook is not a good place to hangout; but if you are a travel agency and your target audience is age group from 25-60, you can go for Facebook influencer marketing.

With an increase in new social media platforms, brands have a different number of options other than Facebook to adopt Influencer marketing. All these platforms are currently the choice of the younger generation.

Instagram broke the 1 billion active users per month threshold in 2018. Its popularity continues and had added various offerings like  Instagram Live, Instagram Stories, and IGTV in recent years. With the latest addition of IGTV by Instagram, it has allowed influencers to add videos for a larger duration than the Instagram stories. It has one defect that the videos can only be uploaded in vertical format and not the traditional horizontal format.

If you have a younger audience of age group 16-24, then Tik Tok can be a good place to connect with your influencers. From makeup, dance to cooking Tik Tok has huge influencers in these space and they have millions of subscribers thus allowing the brand to engage with these influencers to reach younger traffic.

With increasing competition influencers are actually buying followers to increase their followers and to get associated with a brand. A research conducted by Swedish e-commerce start-up A Good Company and data analytics firm HypeAuditor jointly, assessed 1.84 million Instagram accounts across 82 countries and the report is published in PRWeek. This list is topped by the US with 49 million of such accounts, followed by Brazil with 27 million accounts, and India with a whopping 16 million of fake Instagram accounts. These influencers artificially boosted their vanity metrics that marketers often use while choosing influencers, including followers and engagement.

Thus brands might think that employing the influencers help them target and engage more real customers but in turn, they are actually paying for engagement bots or people, like and comments brought by the influencer. Hence it is important for the brands to watch out for these fake accounts.

In earlier days, brands were mostly interested in the number of followers or subscribers an influencer had. But with growing competition, the brands are now more concerned about the values shared by the influencers. They are no longer interested in the huge number of followers but also give importance to the values that the influencers follow. Hence brands try to associate with influencers sharing the same value as of them. For Ex, if you are organic makeup product company then you will try to connect with influencers who believe in organic products rather than with people indulging in chemical makeup marketing although the second one has a large number of followers. But it does not go with your company value, and hence you will go for someone encouraging organic makeup.

As most micro-influencers have a relatively small audience, brands need to find ways to multiply their influencer impact. You can associate with multiple influencers and thereby increases your product mentions and audience engagement with the brand. This will also help you to reach out to different types of audiences by tapping into different ways of featuring a product by the influencer. Working with different influencer might be difficult and hectic and hence brand can onboard then into Marketing Team and encourage them to develop creative ideas to engage with the followers by setting the expectations clearly.

0 thoughts on “2019 Trends of Influencer Marketing”